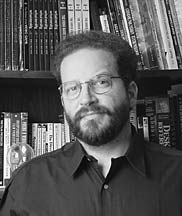 I'm delighted to bring you my interview with Mark J. P. Wolf, one of the leading figures in video game studies and author of The Medium of the Video Game (2001), The Video Game Theory Reader (2003), and the forthcoming The Video Game Explosion: A History from PONG to PlayStation and Beyond.

Mark  is an Associate Professor in the Communication Department at Concordia University Wisconsin. He has a Ph.D. from the Critical Studies Program of the School of Cinema/Television at the University of Southern California. He is also the director and founder of the Multimedia Communication Program at Concordia.


BG: In one of your first books you discuss the video game as an artistic medium struggling to gain acceptance in academia. Much of your work has focused on making that case. What progress have you seen in this regard, and what remains to be done?

MJPW: My first published article on video games was in Film Quarterly, in 1997.  From what I heard, there was some discussion on the FQ Board as to whether to publish it or not, since it was about video games primarily, and only connected, by comparisons, to film.  The same happened with the book that arose from it in 2001, The Medium of the Video Game; some people did not feel video games worthy of academic attention.  So it was only natural to link video games to film as much as you could, at that time; you probably wouldn't get published without it.  A few years later, things were starting to change, and it was Routledge who asked me for a book on video games, since they saw I already had one out from UT-Press.  So when Bernard and I did The Video Game Theory Reader, we were able to emphasize video games as a separate object of study, and how video games studies was unique within the larger field of Media Studies, rather than connect it to existing areas.  And in the Introduction of that book, we had a brief history of video game studies, and tried to show that people had been writing about them in one way or another for some time already.  Now at Routledge's request, Bernard and I are working on The Video Game Theory Reader 2, and in the Introduction we plan to look forward instead of back, and look at the future challenges that video game theory should face.

BG: As a college teacher, I'm especially interested in your forthcoming book. Why did you decide to write a history of video games text, and what are your goals for the book? Do you have a target audience?

MJPW: Most of what is being written about video games today is about home computer games from the last seven years or so.  A disproportionate amount, considering how much history there is.  One hardly finds essays about older games and systems, and even less about arcade games.  These games are harder to find, it is true, and perhaps they appeal more to my generation than younger ones.  You have to be a certain age, I suppose, to know how impressive PONG or Atari 2600 games were when they first appeared, or remember the fun of arcade game playing.  But still, a sense of history is what is often lacking, and this becomes a challenge for those writing about games.

Thus we come to my book of video game history coming out in November, which will be the first academic history of video games, and a comprehensive one as well, looking at not only home video games and online games, but arcade games and mainframe games as well, from all periods.  And not only in the United States, but also in Asia, Europe, and Australia. The audience for the book was decided by the press, who wanted the book written so that it could be used for undergraduate college classes, and even upper-division high school ones as well; a fairly broad audience.  But I don't think we dumbed it down; it still is fairly academic, yet readable. In retrospect I am glad they went for such a broad audience.  It will provide a good background to the subject for those who are interested, and put the games people are interested in into a larger context.  And hopefully, it will expand people's interest into areas they may not have considered before (for example, there are chapters covering shareware games and experimental games, which people may not have heard much about).

BG: We've seen the emergence of game studies at large universities, but what about smaller schools? Is there a role for the study of interactive media in a liberal arts context? How have you implemented your scholarship into your teaching?

MJPW: We certainly don't have the budget for buying consoles and games, and we're not turning out graduates who are getting jobs in the video game industry.  Smaller schools will have to be content reading and writing about games, doing research on the Internet and other places when the opportunity to play games arises, and many students already own many systems and games.  And older systems can be bought online, and small departments might even be able to afford older systems and their games.  So there are still lots of possibilities for smaller schools.  There is a role for video game studies within media studies, and that ground is being laid and developed, and is growing every year.  As for me, I've yet to do a course on video games here at Concordia, but I may do a winterim course (three weeks between semesters) on their history in years to come.  I'm a bit hesistant to do one without the systems, but I think there are ways around that problem.

BG: Are you concerned about a split between "haves" and "have nots" when it comes to game studies?

MJPW: Not particularly.  Each will end up going in a different direction and filling a different niche.  Maybe if I had all the latest systems and games, I would not be writing historical accounts of the early games (or maybe I would not be writing much less or not at all, if the games were really compelling!) Differences will always be there no matter what, just as they are for film, but interesting results will probably come out of it.

BG: A lot of people, families especially, can't afford these systems and the latest games. Does our field risk limiting itself and its audience to people in the upper-middle class and above?

MJPW: It’s been said that many poor families would rather buy a television than a refrigerator; and I think the same thing may apply to video games to some extent. People spend on entertainment as if it were a necessity of life; and mentally speaking, it may be for many. Do kids really need the latest systems and games?  I would argue not; there are other things they could be doing, like reading, studying, creating, and so forth.  Some are greatly in need of balance in their lives, and many lack the intellectual curiosity that they should have.

Colleges and Universities to some extent may limit themselves to the middle-class and above depending on tuition and admission, and programs on video games may also be limited, due to the fact that there are limited fields for its students to get jobs in.  Limiting factors are present, but they are not always budgetary.  Video game studies graduates would have to look for jobs either in the industry or in academia, and those are rather different areas to work in.  And both are fairly rigorous, academically or technologically (or both).  Not all kids who love to play video games are suited to go into game studies.  On the other hand, there are many very knowledgeable people on the Internet, with webpages of video game information, history, and trivia…

BG: Libraries have been the great equalizer when it comes to books and, increasingly, films, but if I publish a dramaturgical analysis of Bioshock, for example, there are a whole lot of people who have no real access to that game.

MJPW: They are hard to get, just as silent films once were.  DVDs have changed that, and emulators might also change VG studies, but they aren’t always accurate; but later ones might be made more accurate with VG studies in mind.  And home computer games have a better chance of continuing to exist and being adapted to new platforms, and many of them have.  We can only hope that enough will be preserved…

BG: What's on your radar right now? What should those of us who care about games and culture be paying attention to?

MJPW: Well, at present I'm working on The Video Game Theory Reader 2, and in between that book and "Video Game Explosion" (the history book coming out in November), over this last summer I completed a short book, Of Words and Worlds: The Imagination and Subcreation of J. R. R. Tolkien, for Cumberland Press's "Leaders in Action" book series.  While this may seem a departure from video games, it isn't really: that book and all my video game research is all background for a big single-author book that I have been working on, entitled Subcreation: Building Imaginary Worlds, about the construction of imaginary worlds like those of Tolkien, Star Wars, Star Trek, and so on.  It's a topic that hasn't been covered in Media Studies, though it keeps edging closer to it.  Imaginary worlds are the way most entertainment is going, at least the big franchises, which make up so much of entertainment today.  So that's what my next book, after TVGTR2, will be about.  Another thing to watch will be the new uses for video games; more online games, games used in education, in the workplace for training, and so on.  Areas that will change what we think of as video gaming.  Some of these are covered in the last chapter of my history book.

BG: What games have you played and enjoyed lately? Any recommendations?

MJPW: I often get asked this, and I must say, with a family at home, and five classes a semester to teach, and book projects (which include novels as well as academic books), and a mortgage to pay, I don't get much time to play games or money to buy them.  I do have Myst 3, 4 and 5 which I would like to get back to, but other than that, not much.  As far as recommendations, I would actually recommend some older games from the 1970s or 1980s, games like First Star's Spy vs Spy, or M.U.L.E., which are quite nice and fun, even though they aren't as advanced graphics as newer games. Good gameplay is never too old.