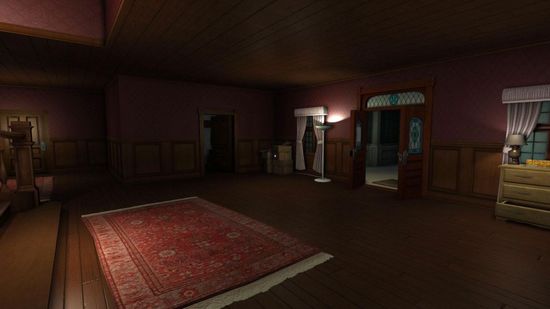 In this episode I make my guest Steve Gaynor squirm uncomfortably in his seat. Of course, we also discuss his new game Gone Home, creating authentic characters, an important lesson from Ken Levine, and a secret room no reviewer has yet discovered. Plus other things. 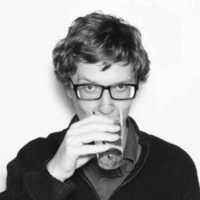 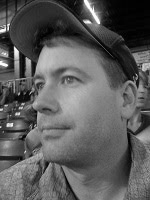 This is the final episode in my series of conversations about the State of Games. I encourage you to listen to the first three shows featuring a variety of smart and thoughtful guests.

In this edition I talk with Kirk Hamilton, features editor at Kotaku, and Brett Douville, Lead Programmer at Bethesda Game Studios.We discuss the impact of indie games on AAA developers, "Anita and the cesspool," and why now is the best of all possible times to be a gamer...among many other topics. 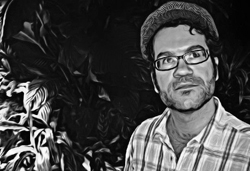 This is the third in a series of conversations I'm hosting on the State of Games. I encourage you to listen to the first two episodes and stay tuned for the final installment which will appear in the coming days.

In this edition I talk with Tom Bissell, essayist, critic, and most recently script-writer for the new Gears of War: Judgment game. We discuss writing for games, the perils of Metacritic, the future of storytelling in games, and many other topics. 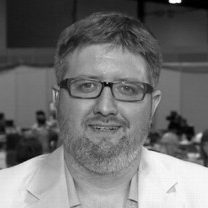 This is the second in a short series of conversations I'm hosting on the State of Games. I encourage you to listen to the first episode and stay tuned for the final two which will appear in the coming days.

In this edition I talk with Chris Suellentrop, video game critic for the New York Times, and Steve Gaynor of the Fullbright Company, an indie game studio developing Gone Home, a finalist for the Excellence in Narrative award at the Indpendent Games Festival later this month. We discuss the transitional state of the game industry, the relationship of the critic to the designer, and the need for a proper festival for games ala Sundance, among other topics. 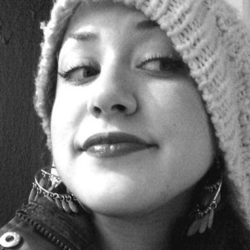 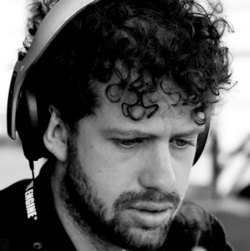 This is the first of several round-table conversations I'm hosting on the State of Games, an admittedly unwieldy topic, but well-timed, I think, in this transitional period for games and the game industry.

In this edition I talk with Leigh Alexander and Brendan Keogh, two of the leading critical voices examining games and the culture surrounding them. We discuss the "ecology of games," play as communication, the culture wars, and why we need to "talk about the tree," among other topics. Welcome to a special Ninja Edition of the Brainy Gamer podcast!

In this edition I talk with Nels Anderson and Chris Dahlen, Lead Designer and Narrative Designer of the new game Mark of the Ninja.

We discuss the development process for the game, the challenges and opportunities of working in the independent space, and why Chris is the Oscar Hammerstein of game writing...among many other topics. 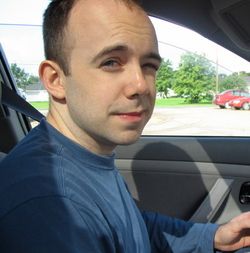 The Brainy Gamer podcast is back!

In this edition I talk with Stephen Totilo, editor-in-chief of Kotaku, one of the most influential blogs websites devoted to video games in the world.

Stephen and I discuss video game journalism, the changes he's implementing at Kotaku, why "you can't escape the numbers," why Rock Paper Shotgun rocks, and why we actually need 24/7 games news....among many other topics.

Thanks for your patience while I took some time off from the show, and, as always, thanks for listening!

Before discussing my own show, a quick heads-up on a couple of other ‘casts I enjoy. I recently had the pleasure of visiting the erudite gents over at A Jumps B Shoots. They host one of my favorite games-focused podcasts, so I was delighted to join them for TWO shows. We discuss authorship, auteurism, aspirational play, and aesthetics broadly defined. In other words, we dig pretty deep, but Matt, Steve, and Rich keep it accessible and entertaining from beginning to end. You can listen to the first show here and the second show here.

I also made a guest appearance on the GameCritics After Dark show along with my friend Jeffrey Matulef discussing Skyward Sword and the Zelda franchise generally. It’s a lively conversation, and I thank Richard and Mike (both decidedly not fans of the latest Zelda game) for giving Jeffrey and me a chance to have our say. You can download the episode here.

So, on to my own show, the Brainy Gamer Podcast. If you’re a listener you’ve probably noticed that I haven’t released an episode lately, so I thought I’d offer an explanation and share a few things I’ve been thinking about.

A funny thing happened on my way to recording an end-of-year favorites of 2011 show. I took a look around the games podcast space and noticed that everybody and his brother, sister, mother-in-law, and second-cousin had released a best-of-2011 show. Recently I’ve harbored a concern about my show, and it’s this: I don’t think I’m adding enough value to the general conversation about games to make my show worth doing, at least as it’s currently configured. Given that I could listen to, literally, a dozen good podcasts with smart people (and, frankly, three times as many mediocre shows) all rounding up the best games of ‘11, why throw another me-too show onto the pile?

This connects to my larger concern that games podcasts mostly all sound the same: a few knowledgeable folks engaging in friendly banter about games. A “whatcha been playin’” segment is typically followed by a more focused segment on a particular game or two. A gaming-related issue may be explored. A special guest may appear. But basically - and I include my own show - it often seems like we’re all producing variations of the same format.

When I launched my podcast back in ‘07, I saw a need for a show devoted to “thoughtful conversation” about games. When I look around me now, I see many podcasts doing just that, and doing it well. The two I mentioned above, of course, but also Big Red Potion, Experience Points, Gamers With Jobs, Three Moves Ahead, and others I follow regularly.

I want to continue producing my show, but I think it’s time to reformat it. I’m drawn to the idea of a podcast that focuses each episode on a single person (or occasionally a creative duo) and explores his or her work, ideas, influences, etc. I can imagine a fascinating gallery of designers, composers, animators, writers, actors, critics, producers, etc. - each person a collection of experiences worth exploring in depth. I’m imagining a one-on-one Charlie Rose-style interview format that gives me time to discuss a wide range of topics with guests, but remain focused on the work, the unique personalities, and the individual stories of each.

I’d love some constructive feedback on this idea. If you like it, dislike it, or have suggestions for refinement, please leave a comment and let me know. I’ve always enjoyed recording my podcasts, even when my schedule makes it difficult to produce them. I’m eager to continue, but I need a stronger sense that they’re worthwhile and add value to the broader conversation about games. I think it’s time for a reboot. What do you think? This is the final installment in my series devoted to game designers and the design process.

In this edition I talk with Jonathan Blow, creator of the highly-acclaimed Braid and a new game called The Witness, slated to appear next year.

We discuss a wide array of topics, including the game community's reaction to Braid and his goals for The Witness. Jon is refreshingly open about his discoveries and missteps in the ongoing development process of his new game. He also explains why he's grown uncomfortable characterizing his projects as "art games." It's a fascinating conversation, and I think you'll enjoy it. 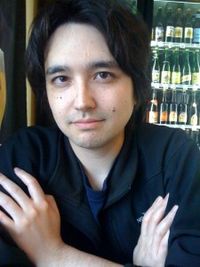 This is the 2nd in a 3-part series devoted to game designers and the design process.

In this segment I chat with Matthew Burns, founder of Shadegrown Games a small studio developing a new music game called Planck. Matthew is also a Producer (contract) for Microsoft, and he's worked on the Halo series since 2006.

Note: We do not discuss details of Halo 4. No tidbits. No sneak peeks.

The final episode in this series will appear in a few days, and it will feature an extended interview with Jonathan Blow.

I hope you enjoy the show. Thanks for listening! 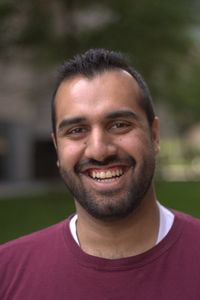 This edition of the podcast begins a 3-part series devoted to game designers and the design process.

In this first segment I chat with Manveer Heir, Senior Designer at BioWare, about his work and the challenges presented by a complex project. Manveer discusses his day-to-day duties; problem-solving as creativity; why developers keep secrets; and why he routinely "ruins peoples dreams."

Note: We do not discuss details of Mass Effect 3. If you're hoping for juicy tidbits or inside info on that game, you will not find them here.

Parts 2 and 3 of the podcast will appear later this week. Listen to the opening of this episode, and you will hear me reveal whom those guests will be!

I hope you enjoy the show. Thanks for listening! 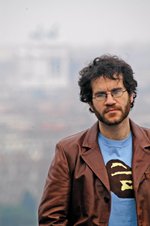 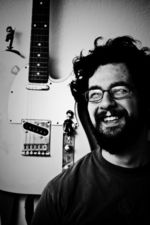 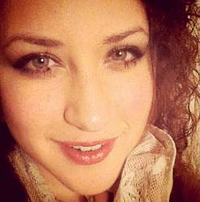 This edition of the show features an in-depth discussion of L.A. Noire with Tom Bissell (Extra Lives: Why Video Games Matter) and Brian Taylor (Kill Screen, GamePro). Spoilers abound, but only minor plot points are revealed. I think you can listen to this discussion and still fully appreciate the game as a newcomer. In fact, you might even appreciate it more.

Segment 2 features a conversation with Leigh Alexander. We discuss a range of topics, including how she prepares for a big event like E3; the impact of social networking on our lives; and how she manages working in an environment that can be both hostile and nurturing.

I hope you enjoy the show, and thanks for listening!