Blood, and Steel, and Bacon 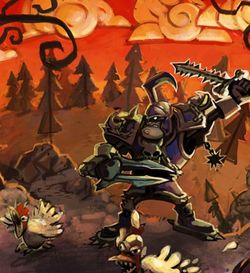 I'm wrapping up my series of 'infatuated critic' posts on DeathSpank with my latest column over at GameSetWatch. I discuss the evolving role of comedy in games and why I think DeathSpank is worth noting in this regard. In a desperate lunge at objectivity, I also explain why I think the game falls short in a few places.

As a comedic game, DeathSpank advances the ball down the field in some creative ways, and I'll discuss those in a moment. But I also think DeathSpank exemplifies the conundrum faced by video games that try to be funny. We can illustrate that tension with two apparently contradictory claims:

Claim 1: Video games are well-suited to making us laugh. Like a well-crafted game, a successful comedy is highly technical, based on a set of clearly-defined rules, and carefully engineered to trigger a calculated response. It relies on the precise execution of a final build, fine-tuned through iteration and feedback.

Comedy, as Henri Bergson observes in his seminal "Theory of Laughter," is "something mechanical encrusted on the living." One could easily apply the same phrase to describe games. Game developers understand how to build complex systems for interactive communication, and that's exactly what a successful comedy is. Comedy is aimed at the intellect, and gamers are smart. We can do this!

Claim 2: Video games are hopeless vehicles for comedy. They may manage to deliver wordplay and 'wackiness,' but desperately trying to 'be funny' usually results in an outmoded brand of one-liner comedy that died with the Borscht Belt. Furthermore, player agency in an interactive world (a defining feature of modern games) is mostly antithetical to comedy.

When choice, pace, and timing are handed off to the player, the potential for comedy dissipates. We may play an interactive role watching a live stand-up comic, but we don't write the punchlines; nor do we decide when to deliver them. In the same Bergson essay referenced above, he describes comedy as a "social gesture." Nearly all the 'funny' games we've seen are single-player affairs, lacking the spontaneous group-mind formed when we experience comedy in other media. We're out of our league!

You can read the whole essay here. 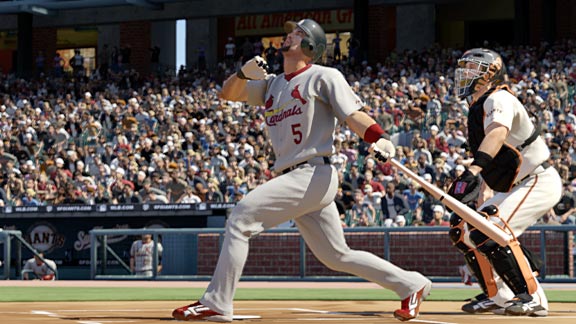 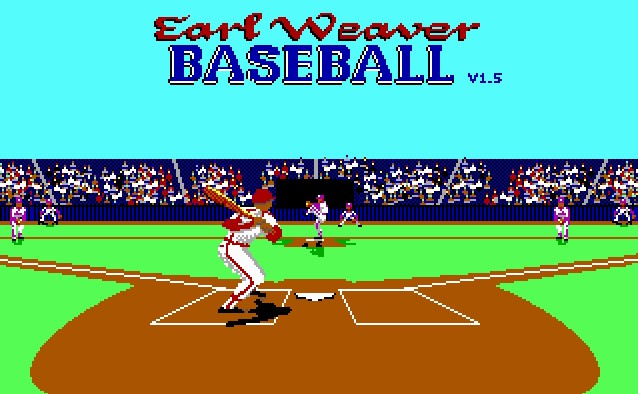 My latest monthly column for GameSetWatch focuses on realism in sports sims, and I compare two games released 23 years apart: MLB 10: The Show and Earl Weaver Baseball. Here's a snippet:

The holy grail of graphical sports sims is an experience that feels realistic, and we routinely measure these games by their ability to convey that experience. If you'd like to test that contention, peruse the reviews of the latest high water mark in graphical sports sims, MLB 10: The Show, and count how many times reviewers deploy "realistic" in praise of the game.

To understand the nature of MLB 10 as a sports sims, it's useful to look back at EA's Earl Weaver game as a kind of swan song in sports game design. Its sequel, EWB 2, employed a 3D camera that radically altered the player's perspective, and the series shifted from simulating the experience of playing baseball to the experience of watching it on television. For the graphical sports sims to follow, there was no turning back.

You can read the whole essay here.

A good place to die 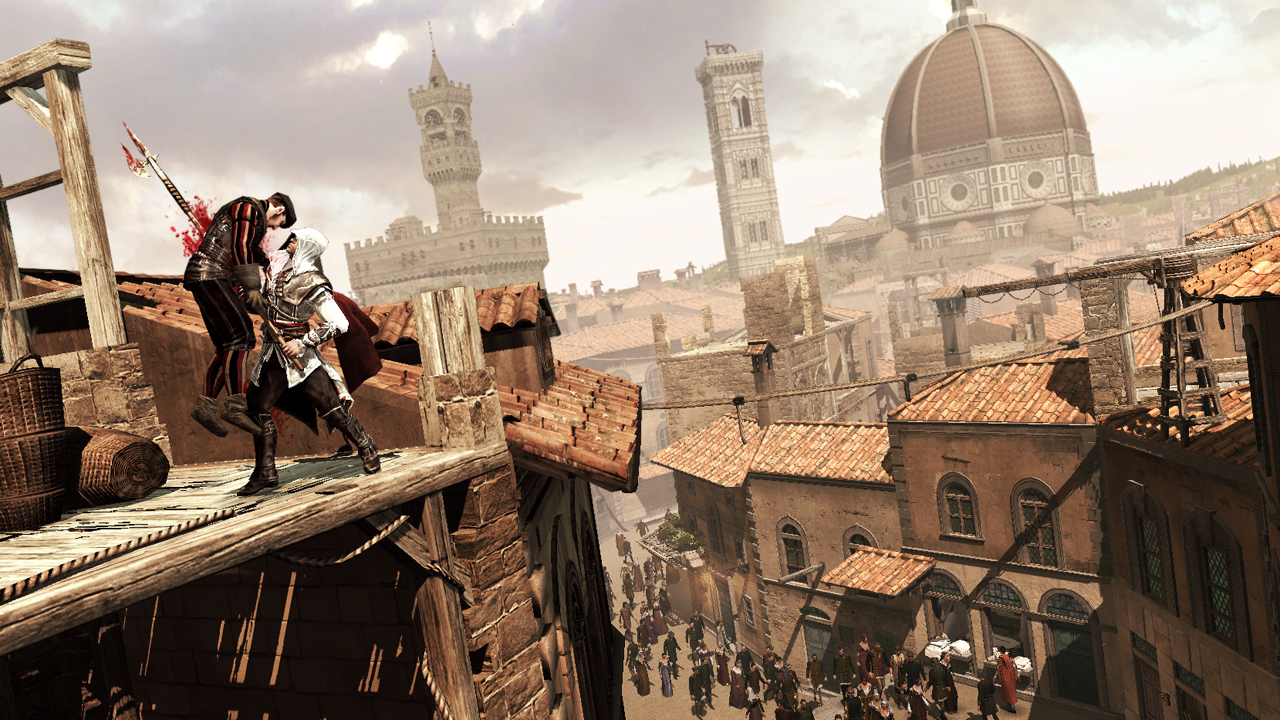 I'm delighted to report that I'm writing a new monthly column for GameSetWatch called "Abbott's Habit," and I hope you'll check it out. My first piece contrasts the game worlds of Demon's Souls and Assassin's Creed II. Sometimes artist-conceived environments can be more effective than those drawn from real life, and I try to explain why these two games illustrate that point.

Imaginative artist-conceived game worlds can draw players in and entice them to explore the unknown, accentuating discovery of a landscape unbound by the limits of verisimilitude. Demon's Souls' crumbling derelict world visually reinforces the sense of despair and moral decay that defines the player's experience in Boletaria. The world itself feels alive and unfixed, a hostile force to overcome.

Assassin's Creed II seems to want to deliver an open-world experience to the player, but for the most part that world is look, but don't touch. The game offers two awkwardly implemented city tours (the first carrying a box through Florence for Leonardo Da Vinci; the second a walking tour of Venice courtesy of Alvise da Vilandino), but these introductions serve little meaningful purpose since the only real rewards for exploring are locating hidden chests, feathers, glyphs, and other collection-oriented gameplay add-ons. Despite their extraordinary visual presentation, these great Italian cities usually function as little more than labyrinths for acrobatic chase sequences.

You can read the entire article here. Many thanks to editor Simon Carless for the opportunity to write for a site I've long admired.