Best co-op games for the holidays 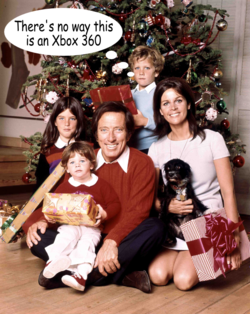 Wondering what to do when the football games are over and the eggnog wears off? Nothing says home for the holidays like a little family fun around the console.

We're hosting a variety of gamers from newbies to hardcore this year, so I decided to compile a list of co-op titles that encourage people to play together.

If I've omitted one of your favorites, let me know. All games listed are available on recent hardware. I can't be dragging out the Dreamcast when I've got a turkey to baste.

PS2 (in no particular order):


Wii (in no particular order):

You should also consider these multi-platform releases, all featuring co-op play:

Yeah, there are no PS3 games on the list. Maybe next year.

Enjoy your holidays and play lots of games, but be sure to put the controller down once in a while. Conversation can be fun...and you're going to need both hands to pass Aunt Martha's famous Cranberry Jello Mold.