The games we deserve 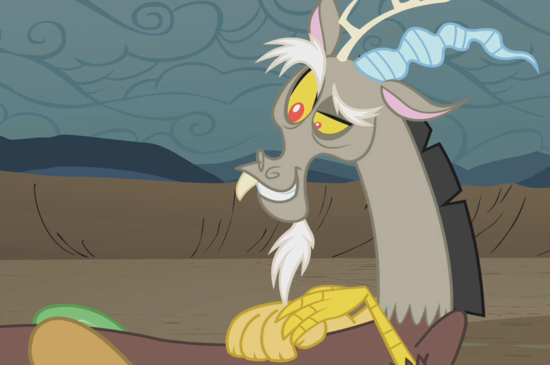 What is a good man but a bad man's teacher?
What is a bad man but a good man's job?
If you don't understand this, you will get lost, however intelligent you are.
--Tao Te Ching, ch. 27

We hear it said that games need to grow up, but when I look at the fractious, often hateful community surrounding them, I wonder if that's likely. I've written about this before, dating back to '08, and have always seen reasons for hope. Now I'm not so sure. I think we're getting worse, not better.

When we pillory critics for saying hard but true things; when our leaders who've championed inclusiveness issue (and defend) bigoted remarks; when we plod from one spiteful spat to the next, played out (performed, really) in online forums and social media with all the requisite snark and ad hominem attacks, it's worth asking what kind of audience are we? When we're persistently, thoughtlessly cruel to each other, aren't we getting the thoughtlessly brutal games we deserve?

I'm purposefully using "we" and "us" here because that's the unavoidable reality of our circumstances. Like it or not, the world is always we. It can never be otherwise. In our case, we all care about games. We all want a healthy thriving industry, indie to AAA. We all want to feel respected and free to be ourselves. We all want to have fun. Why is that so hard?

We have many new ways to communicate, but our powerful tools have outpaced our abilities to harness them responsibly. It's just so easy to be mean. Compassion and empathy are much harder, and their results are often inconclusive. When you launch a missile that hits its target, you get a big conspicuous result, and it feels good. Then it escalates, destruction ensues, and nothing remotely positive emerges from the rubble. Rinse and repeat.

We've got to stop it. Forget about altruism. If politeness and respectful behavior don't float your boat, then do it for the games. If you want the game industry to treat us like discerning adults with wide-ranging tastes, then stop acting like a bunch of selfish entitled brats. If you want games to grow up, then learn how responsible grownups behave.

What does that mean? Here's a set of tools drawn from my experience as a teacher, informed by conflict resolution principles that work. I offer them humbly, not as cure-all prescriptions or to censor ideas or points of view. They're merely tools to help build and preserve an environment for productive, respectful communication. Try them. Modify them. Whatever works.

I suppose everything I've written here boils down to "be good to each other," and I realize how simple-minded that sounds. Some people want to foster belligerent discord, and maybe there's little we can do to stop them. But most of the online hostility that I see occurs among people who might otherwise find much to love in each other. Maybe the simple tools I'm offering can help us live more peacefully in that place.

Addendum: Shortly after I posted, Gabe at Penny Arcade (referenced in the second paragraph above) issued an apology. You can read his remarks here. 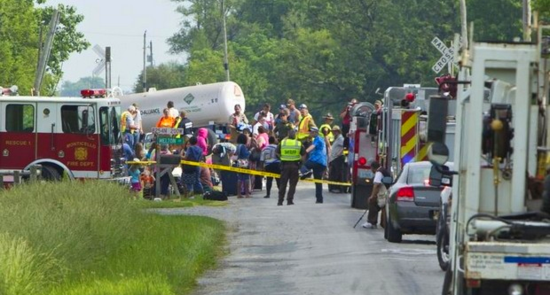 This is about a train, a game, and a girl. 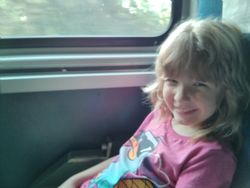 A few days ago I took my daughter Zoe on her first train trip. We boarded Amtrak's Hoosier State bound for Chicago at 6:58 AM. Zoe was exuberant, equipped with all the necessities for a 4-hour excursion: a stack of her favorite books, a bag of snacks, and her 3DS loaded with Animal Crossing: New Leaf.

Zoe was eager to ride on a real train because lately she's a frequent traveler on the virtual train connecting her town to mine in Animal Crossing: New Leaf. We're both enchanted by the game, and we've spent many joyful hours playing it together. Her favorite activity - emergent gameplay runs in the family, folks - is filling her pockets with "presents" (i.e. junk she doesn't want), boarding the train to my town, and hiding them for me to find. She also loves making a gleeful nuisance of herself, digging as many holes as she can (loaded with pitfall seeds when she's got them) before I boot her out and close my gate. Apparently I'm raising a griefer.

At approximately 8:30 AM, I boarded the AC train to Zoe's town with a fishing pole, which wasn't yet available in her local store. I had just begun teaching her to fish when our train (the real Amtrak one) suddenly lurched, thrusting us into the seats before us. Seconds later a large John Deere tractor careened past our window in a cloud of dust, metal pieces flying in all directions. The train hit its brakes, and we slowly came to a stop.

We had crashed into a farmer attempting to beat the train through an intersection. He was hauling a tank of anhydrous ammonia.

The farmer and train engineer suffered injuries, but survived. None of the passengers was injured beyond bumps and bruises. We were extraordinarily lucky. I snapped this picture a few minutes after the collision. The proximity of the ammonia tank to the tracks illustrates just how lucky we were. If you heard about the fertilizer plant explosion in West, Texas last month, you know the devastation anhydrous ammonia can wreak.

I powered down our 3DSs, tossed them in a bag and gathered our stuff, ready to evacuate the train. As we turned to head down the aisle, Zoe looked at me with an alarmed expression on her face. "Oh no, Daddy. We're going to get a big lecture from Resetti." I laughed. She was going to be fine. As this little video illustrates (shot accidentally while trying to text my wife), it all became an adventure to her.

Buses transported us to a small town nearby where the Red Cross was on hand to shelter us. After a few hours, other buses arrived to pick us up and deliver us to our destinations. Zoe and I reached Union Station in Chicago later that day, safe and sound. 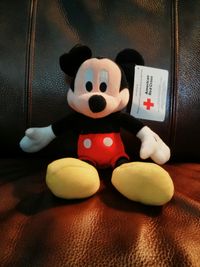 In the days since the accident, we've tried to detect signs of trauma or stress in Zoe, but we've found none. She eagerly tells the "crash story" to anyone willing to listen, and she happily displays her Red Cross Mickey Mouse doll to all her friends.

Of course, we continue playing AC:NL every day. Now when she enters the in-game train depot, Zoe warns the stationmaster not to put us on a train that will crash. This morning I asked her if she would ever consider taking the train to Chicago again, and she replied, "Yes, Daddy, but two things. Only if we can play Animal Crossing the whole way and only if we tell all the farmers we're coming through, so stay out of our way!"

I have a feeling Zoe's healthy reaction to the crash is a mixture of childish naivete and a general sense that life is an adventure to be savored...like the games we've played together since she was 3. I can't prove that playing games has made my daughter a more adventurous soul. I'm sure many factors contribute. But I have a strong feeling that accomplishing difficult things together, relying on each other, and welcoming unexpected circumstances - typical game activities - have helped condition us in useful ways.

If you're interested, here's more info about accident. I'll return in my next post with some thoughts on Animal Crossing: New Leaf and why it succeeds so brilliantly as game design. Toot toot.