X of the Year

I'm a sucker for all the "best of" lists that appear at the end of the year, but they do get repetitive. This year we'll see an avalanche of game roundups that include Journey and The Walking Dead, among other deserving games. Just for fun, what do you say we try something a little different?

I've been thinking about things that stuck with me playing games this year. Little moments. Surprises. Disappointments. People who made me stop and think. So I decided to make my own highly subjective list to account for them. Here are a few of my favorite things (and one not-so-favorite), 2012 edition.

[Feel free to add your own "X of the Year" categories and winners in the comments below. I based these on my own experiences. I hope you'll do the same.]

Mechanic of the Year - Dishonoured's Blink 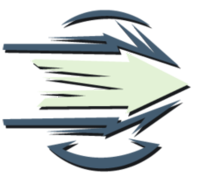 "Blinking" in Dishonored was the most fun I've had since donning a Tanooki suit in Super Mario Bros. 3. When a game mechanic encourages you to abandon all pretense of story or progress and simply fool around with it for hours on end, that's the mark of a fun mechanic. Blink (the ability to instantly teleport short distances undetected) is the core tool in Dishonored's strategy arsenal, so it had better feel like butter. And it does. Like any well designed mechanic, it's also multipurpose, useful in various situations (e.g. climbing, sneaking, fleeing, exploring). In 2012 Assassin's Creed 3 gave us a Dissociative Identity Disorder assassin hurtling through trees, but I'll take a failed bodyguard blinking his way around steampunk Dunwall any day.

NPC of the Year - Kenny in The Walking Dead 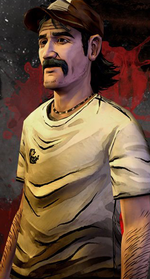 The Walking Dead is the first game I've played that can truly be spoiled by spoilers, so I won't say anything too specific about Kenny. I will say that 90% of all media (not just games) that depict characters like Kenny present him as an ignorant chaw-chomping redneck spouting homespun "wisdom" for comic relief. Kenny in The Walking Dead is a man you can't size up in a glance. Telltale wisely refused to dull his sharp edges or dismiss him as foil, sidekick, or obstacle. He's a man with a family in an impossible situation. That Kenny appears, flaws and all, in The Walking Dead sans dramaturgically convenient devices attached is a testament to the ongoing maturation of storytelling in games.

Comeback of the Year - PC gaming 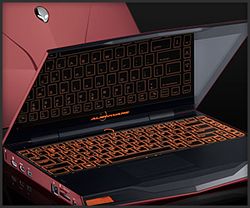 Some time in the mid-1990s we began hearing the death knell for PC gaming, and that bell hasn't stopped ringing...until this year. 2012 was the year PC games reemerged as a dominant platform for gaming, thanks to several converging factors: 1.) The ubiquity of Steam and its status as the industry model for digital distribution 2.) All three major consoles reaching the ends of their life-cycles 3.) Developers no longer ignoring or shipping sloppy ports to PC. Nearly all cross-platform AAA games released on PC this year were on-par or superior to console versions 4.) Indie games taking root on the PC, aided by Humble Bundles, Steam sales, and less onerous gatekeeping. To be fair, 2012 was a good year for PSN indie games too. But if you peruse the entries for the upcoming IGF competition at GDC, you'll find that most solo and small-team devs are targeting two primary markets: PC and mobile/tablet. My students overwhelmingly chose the PC over consoles for their term paper games this year, even when console SKUs were available. Anecdotal, yes, but that's never happened before.

Happiest Moment of the Year - Mark of Ninja Credits The biggest smile I got playing a 2012 game arrived at the end of Mark of the Ninja, one of the best games of the year. The very first name to appear when the credits rolled was "Lead Designer - Nels Anderson." Moments later, "Writer - Chris Dahlen." If you've followed my work here, you know how much I love and respect these two guys. It's tremendously encouraging to know that sometimes the good guys really do win. Play this game, people.

Hardware of the Year - Wii U Gamepad

I have no idea if Nintendo's new console will succeed, but I do know I love its Gamepad controller. Despite a bulky appearance in photographs, the device feels fabulous to hold. It fits naturally in my hands, not too heavy or light, with a sharp and bright screen. Concerns about lag between the gamepad and big screen have evaporated. A coming-soon Google Maps app looks stunning. ZombieU is a solid early clinic on two-screen design. Yeah, battery life could be better. But Miiverse doesn't suck like we thought it would. Nintendo is integrating in-game activity with online communities like nobody else at the moment. Some very cool ideas here.

Disappointment of the Year - Assassin's Creed 3 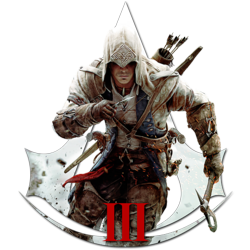 Lots of reviewers apparently loved it, but I couldn't shake the feeling of being persistently led the nose, surrounded by pointless optional activities that added nothing to my experience. AC3's story-within-a-story-within-a-story has stopped making sense to me. Come to think of it, I'm not sure it's ever made sense, at least in terms of benefit gained from story layers applied. Far Cry 3 is getting a drubbing for its sophomoric storytelling, but is the AC series' ponderous Assassin/Templar Inception-lite mumbo jumbo any better? Sure, it's a pretty game with Parkour-appeal, but when I read a reviewer claim "one of the greatest stories of this gaming generation has just released its greatest chapter," it seems to me we've set our storytelling bar woefully low.

Event of the Year - IndieCade 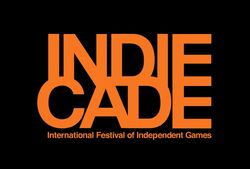 I attended GDC, E3, and IndieCade this year, and I can honestly say IndieCade took the cake when it came to showcasing innovative games, unfettered access to designers, and across-the-board inclusiveness. IndieCade is all about advancing progressive games (broadly defined) and challenging an industry resistant to change. There's an unmistakable political dimension to this effort, but IndieCade is also about a very simple concept. Open up a bunch of public spaces, invite designers from everywhere to come and share their work, and have lots of fun doing it. 2012 will be remembered as a big year for indie games, and IndieCade is a big reason why.

Website of the Year - (tie) Unwinnable and Nightmare Mode 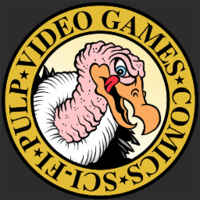 You can find good writing about games in more places than ever (plenty of awful stuff too), but this year I found myself drawn to these two sites, both of which feature forceful essays about games by writers uncontrained by conventional media boundaries. At Unwinnable Stu Horvath has assembled an off-the-charts awesome group including Jenn Frank, Gus Mastrapa, Chris Dahlen, Brendan Keogh, and Richard Clark. The Nightmare Mode crew led by Patricia Hernandez consists of "a group of outsiders, insiders, aliens, starfighters, and the occasional human being." For a taste of why these sites merit your bookmarks, read John Brindle's piece on gamers as the "educated elite" at Nightmare Mode and Gus Mastrapa's "Apologies to Christopher Tolkien" at Unwinnable.

Wake-Up Call of the Year- #1ReasonWhy On November 26, a Twitter hashtag, #1ReasonWhy, exploded with dozens of posts from women and male allies describing examples of sexism and hostility drawn from their own lives. The event got lots of media attention, and many voices were heard. We've long known that gender discrimination, harassment, and misogyny (overt and subtle) are rampant in the game industry and its surrounding community of players. This issue has been addressed in panel discussions at GDC, PAX, and elsewhere. Commentators and critics - many here in the blogosphere - regularly challenge, confront, cajole, question, shine light, and anything else they can think of to educate and bring genuine change.

I mention these efforts because the mainstream media (e.g. TIME, Forbes, The Huffington Post) would have you believe Twitter gave birth to a movement on November 26. It didn't. It did provide a welcome public push for awareness and change, and that's a good thing. But we shouldn't forget that others in our community have tirelessly pushed that rock up the hill for a long time. 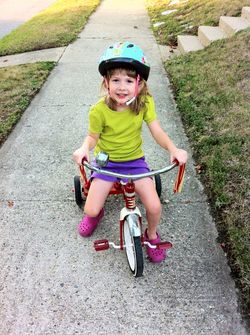 Got your own category and winner? Add it in the comments. Happy holidays, and happy gaming. 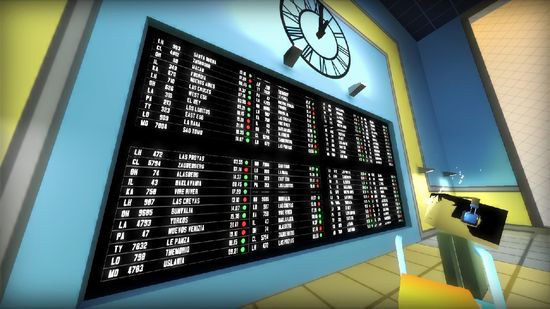 It’s time to stop fretting about storytelling in video games. Five years ago - around the time Bioshock appeared - designers and critics began to intensify our focus on things like player agency and emergent gameplay. We coined phrases like “ludonarrative dissonance” and “on-rails” storytelling to characterize how games often fall short of their potential or dim in comparison to more mature media. Games like Fallout 3 and Far Cry 2 became rallying points for us to gather and measure the progress of narrative games to that point. These were tremendously useful conversations, well worth the energy they consumed.

But times have changed and so have the games. If the crop of 2012 proves anything, it’s that games and their designers now claim storytelling space across a wider spectrum of design and discourse. Progressive designers have severed ties with film and other media, or they’ve repurposed the language of those media to serve their creative ends.

Abstraction is no longer a low-budget refuge, but a tool leveraged by artists who see opportunity in fracturing time and space, filling their storytelling worlds with punchy ideas that push us to assemble meaning. The narrative games of 2012 have the audacity to make us keep up. Have you played Thirty Flights of Loving, by the way?

The games of 2012 suggest that designers are discovering and exploiting more channels of communication with players. In the past, these efforts have mostly been about experimenting with genre. Limbo is a great example of a developer mixing familiar gameplay mechanics with macabre horror elements to make something that looks familiar, but feels different. Filmmakers have done this for years, mimicking or reframing genre (e.g. zombie movies, westerns, vampire tales), applying a canny modern sensibility to address contemporary themes. Quentin Tarantino has made a career of it.

But few filmmakers stray from conventional storytelling forms. They may play with linearity or occasionally rethink the screen space (television is actually more ambitious in this regard), but most thematically ambitious films conform to standard presentations of time, place, and character.

Not video games. In 2012, many of the best play-worthy games were built by designers who found their voices by re-thinking the essential structure and function of games. This year, the very definition of “game” was thrown into question more often and by more designers than ever before.

If the signature of a vibrant art is artists pushing conventional boundaries, questioning formal assumptions, and producing provocative, wildly divergent work, this was a very good year for the art of games.

For a taste of what I mean, consider this gallery of assorted goodness. (Note: some parts of these descriptions are drawn from developer blurbs or related sources, but most are my own):

I hope this post won’t be misconstrued as arguing for complacency. I don’t believe we’ve reached some final destination we should celebrate. Not at all. I can’t think of a designer who isn’t trying to move the ball down the field. Every narrative game released in this environment is a thesis statement for how to improve storytelling, broadly defined, in games. We’re nowhere near maturity, and I’m not sure we should want to be. It’s good to be emerging. 2012 was a good year. The work continues.