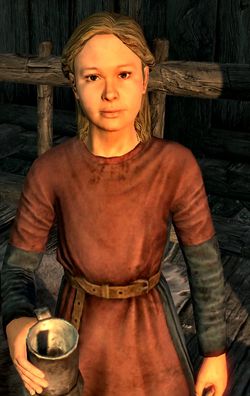 Good teachers know something about kids that most game developers have yet to learn: don’t underestimate them. Don’t equate accessible with dumbed down. Pitch high and they will reach.

Child-focused games tend to be bouncy boilerplate trifles meant to appeal to kids’ imaginations - and there’s certainly fun to be had clicking and poking around a kid-friendly environment - but too many kids games rely on flash-card pedagogy that quickly wears thin.

It turns out that young kids (I’m mainly focusing on preschool and young elementary age) desire the same rich experiences that adults seek in video games: content discoverable through play, activities that feel rewarding, mechanics that offer fun things to do, and a sense of richness that suggests the game is always waiting for the player to return and continue her journey.

Another thing we know about kids: whatever “age appropriate” game, toy, or book you give them, they will always seek access to the age-level above them. This doesn’t mean one should allow a 5-year-old to watch a PG–13 movie, but you can be sure he will want to, and some PG–13 movies may be perfectly suited to certain 5-year-olds. The point is, kids are hard-wired to grow up. They aspire to do things they’re not ready to do. This is a good thing, and it’s possible to feed this natural aspiration with activities that may seem out of reach, but excel at offering a child meaningful play.

My daughter Zoe is four and a half years old. We heeded the advice of the American Academy of Pediatrics and prevented her exposure to television (and all screens) for her first two years. After that, I began letting her play with a Wii controller, rolling a bowling ball in Wii Sports and gathering stars in Super Mario Galaxy. She also played a few preschool-oriented games on my DS and iPhone. Her interest in these games lasted about nine months.

Soon Zoe began asking to watch me play games like Epic Mickey, Costume Quest, and Kirby’s Epic Yarn. Obviously, I played other games after bedtime, but these were quality titles I was happy for her to see me play, and I liked the fact that they were all reasonably safe content-wise. Then one day she saw me playing Portal 2, and her days of watching were over. She wanted that controller in her hands, and she wanted to blast portals pronto.

Kids quickly learn that parents save the best stuff for themselves. Zoe is happy to while away twenty minutes with a Dora game, but she knows whatever I’m playing is likely to be a hundred times more interesting, and she wants a piece of that action. Some games are clearly off-limits no matter what, but other games one might deem inappropriate for kids may not be, if handled properly.

Case in point: The Elder Scrolls: Skyrim. For the last month, Zoe and I have been adventuring our way through the ancient home of the Nords after dinner most nights. In fact, as she will happily tell you, we own a house in Whiterun where she has her own room, her own bookshelf full of books she has collected, and her own horse. She delights in her role as “dragon sentry,” and she prides herself on the fact that she always notices the appearance of a dragon before I do.

Skyrim is an incredibly fertile playground for a child if an adult is prepared to do a little advance work. If you’d like to give it a try, here are a few tips to make the most of your experience:

If you’ve finished Skyrim, you’ve already done the prep work for playing the game with a child. You’ll know which parts of the game are suitable and which aren’t. Just remember that a small child thinks less about leveling up or RPG mechanics, and more about having fun, moment to moment, in an imaginary world. Skyrim offers many such possibilities, as do other well-designed games. If you discover playful options I haven’t mentioned, I’d love to know about them. Zoe and I are always looking for more adventures. 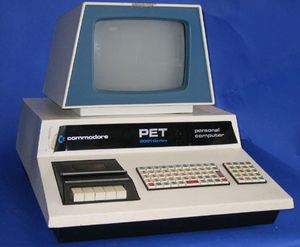 Once I was a proper geek. I played tabletop sims. I built my own computers. I copied code from Creative Computing magazine. I loaded Pool of Radiance from a 5¼" floppy disc. I was a BBS SysOp. A geek with bells on.

And I was a PC gamer. Sure, I played PONG on my Atari, and when the NES came along I loved Mario as much as anyone. But geeks like me considered that beige box a charming toy compared to our PCs with VGA graphics and FM synthesis sound. When iD gave us Wolfenstein 3D, our status as a gaming platform was secured. Serious gamers played PC games.

The SNES was harder to ignore, especially with all those wonderfully quirky JRPGs, but we had Myst to reassure us of our PC gaming potency, not to mention LucasArts and whatever inspired goodness Will Wright might dream up.

The Playstation changed everything. Metal Gear Solid and PaRappa the Rapper sunk their hooks in me, and I spent the next seventeen years loading discs into machines attached to televisions. Every now and then Blizzard, or Looking Glass, or Valve might lure me into a brief addiction, but my console conversion was irreversible. Or so I thought.

Something happened to me at E3 last month. I felt embarrassed. Old. Contemptuous, even. The stultifying homogeneity, the leering crowd, the endless power tripping targeting an adolescent demographic I felt no connection to. I wrote about a few notable exceptions in my previous post, but I left E3 feeling like I needed to scrub most of what I saw there off me.

When I arrived home, I bought a new PC. At the time, I didn't think of it as a remedy to my post-E3 woes. My old PC was so decrepit, it choked on decade-old games. It was time to replace it. But as I've burrowed deeper into a collection of PC titles, I've begun to realize that I'm not simply testing out my snappy new system. I'm finding refuge in these PC games. I'm reminding myself why games have brought me so much joy over the years and why they remain so worthy of our attention. I'm also more keenly aware of the distorted picture E3 paints of a game industry far more diverse than our coverage of it often suggests.

I don't mean this as a derisive dismissal of console gaming or a diatribe against violent games. I've written many rhapsodies to console games, some of them absurdly violent. If anything, I could be accused of overlooking PC games since I began writing here five years ago.

But as the three consoles near the end of their life-cycles and developers double down on a narrow palette of titles, the distinctions between console and PC games have never been more clear. For me, the differences boil down to three pivotal characteristics: Depth, Customization, and Community.

The PC games I've been playing lately challenge me to think critically and creatively, invite me to play with them in ways that transcend their primary mechanics, and make me feel part of a community that genuinely impacts these games and my experiences playing them.

A few examples (to keep this post manageable, I'm omitting two intriguing MMOs - The Secret World and TERA, which I've played, but haven't spent suffient time with yet).

Endless Space
No game better exemplifies the virtues of community involvement than Endless Space. Last February, the Parisian developers of this 4X space sim posted their design documents online and invited players to help them shape their game. 50,000+ forum posts later, Amplitude Studios releases on Steam the best space sim since Alpha Centauri. Look past its generic name and don't assume complex means inaccessible. Crowd-sourced design is a field littered with land mines, but these guys have figured out how to make it work by holding fast to their vision, remaining open to useful input, fostering consensus, and maintaining a positive and respectful forum environment.

Dwarf Fortress
The game everyone knows, but few have played for more than a few maddening minutes. This roguelike city-builder thrashes you with baroque mechanics wrapped in an arcane ASCII interface. Then, if you're still breathing, it buries you in a cascade of micromanagement complexity. I mean, when a dwarf dies, he doesn't simply vanish. You build his coffin, dig his grave, and bury him in it. With your keyboard.

So where's the fun? Like many PC games, the glory of Dwarf Fortress is its ongoing refinement and the extraordinarily generous ways its loyal community has helped new players understand and appreciate its open-ended design. Dwarf Fortress is a formidable game, but it helps to have a sensei at your side teaching you how to embrace its unbending nature and discover the beauty in its complexity. I found mine in a soft-spoken fellow called DJ Fogey, who methodically teaches total noobs how to play Dwarf Fortress (and make use of helpful community mods) in a series of YouTube tutorials.

If books are more your thing, Peter Tyson's "Getting Started with Dwarf Fortress" is a terrific and very readable guide, published last month by O'Reilly.

The Elder Scrolls: Skyrim
Without expecting to, I've sunk dozens of hours into Skyrim lately, but not in the way you might expect. I played the PS3 version when it was released and completed the main questline. On my racy new PC, I'm not playing Skyrim so much as playing with Skyrim. I've become a mod connoisseur, applying a self-directed metagame that envelops the Bethesda design. How gorgeous can I make this game world look? What's the best way to arrange my Nexus Manager load order to best exploit each mod? What if I play relying only on a topographic map with no quest markers? Does adding the "Hardcore Survival" mod make the game more fun, or just more work?

Once again, the community steps up to make these questions worth asking. I'm a daily visitor to Skyrim Nexus, which hosts nearly 18,000 mods by 7000+ authors, with downloads exceeding 18 million files. And I subscribe to this fellow's "Skyrim Mod Sanctuary," a series of YouTube vids featuring the latest and best Skyrim mods.

I don't mean to suggest that console games lack communities supporting them, nor do I believe console games, by their nature, lack depth or complexity. Conversely, PCs can host shooters, escapist entertainment, puzzlers, platformers, etc. Obviously.

But PC game developers are responding to the stagnant console landscape by extending the PC platform's natural affinity for games that provoke us to think, build, and communicate. In one sense, this is nothing new. PC games have done this for decades. But as casual (and not so casual) games proliferate and mature on handheld devices - at a price point to make Satoru Iwata blanch - it becomes harder to see how console games can continue to define their commercial space as easily as PC games.

Market analysis ain't my bag, so I'll leave it to Michael Pachter and Co. to prognosticate. All I know is, I'm back in the PC gamer fold and happy to be so.