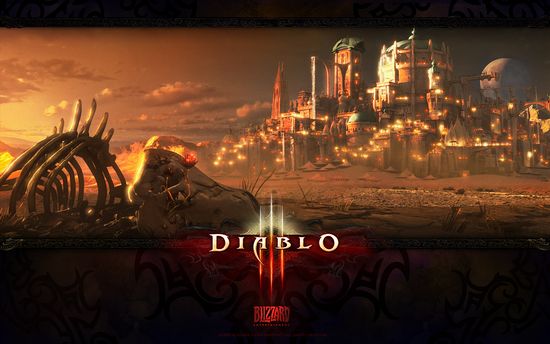 Diablo 3 is exactly the kind of game I should hate. Blizzard’s latest dungeon-crawling loot-fest relies on a checklist of design elements that typically drive me screaming into the night:


So... A funny thing happened on my way to hating Diablo 3. It hooked me. Deep. Here I am, an hour into Act II, and the game is playing me as much as I’m playing it, like all the best games do. I play Diablo 3 when I should be doing other things. Like sleeping. I think about it when I should be paying attention to other things. Like driving. Last night I dreamed about my childhood backyard…in isometric view.

Diablo 3 overrides all my misgivings because it’s just so damned much fun. We often decry the game industry’s stubborn unwillingness to evolve, dishing out the same old stuff over and over. Sometimes, however, the same old stuff - and Diablo 3 is unmistakably SOS - hits the mark so squarely and elegantly that it quenches a thirst I forgot I had.

It is retro gaming without the stench of lazy design “retro” too often signifies. Diablo has always been retro (remember Wizardry, folks?), but the series has consistently looked forward too, mechanically and aesthetically. Watch Blizzard’s Christian Lichtner talk about Diablo 3’s art design at this year’s GDC to see how Blizzard’s artists developed a philosophy for the game’s visuals that carefully blended old and new.

The game doles out a skill or special trinket every time you level up. Loot is more varied, the environments are more visually stimulating, and the monsters are more interesting and fun to beat than in Diablo 2. Killing twelve enemies at once with one kick-ass spell never gets old. The music is beautifully evocative, and the character animations make the old Diablo games look, well, very old. If you experience any initial concerns about Diablo 3 being too easy or predictable, hang on until Act II. Trust me, things change.

I drank a bottle of Coca-Cola the other day. Wow. That is some good SOS. I remember now why I used to enjoy it so much. I don't drink soda any more, and I don’t plan to fill my refrigerator with Cokes, but I’m glad it’s still there when I’m thirsty for it.

Not every successful developer operates so conservatively. In my next post, I’ll discuss a game by another AAA studio bent on pushing the design envelope in ways Blizzard can’t or won’t. If Blizzard is the Ronald Reagan of developers, this studio is the industry’s Ted Kennedy. I hope you'll stay tuned. 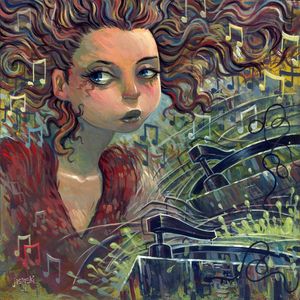 If forceful writing inspires assessment and introspection - with a dash of outrage and resistance - Taylor Clark’s Atlantic profile of Jonathan Blow was potent stuff. I responded here, aided by 350 readers who contributed entries to my "Smart Game" Catalog. A hearty thanks to all who helped! More on that project soon.

Others posted their own thoughts - I especially enjoyed Matthew Burns’ reflections on the “mysterious barrier” designers face and Darshana Jayemanne’s essay for Kill Screen Daily, which expands the focus beyond “smart” or “dumb” to suggest we jettison our limiting thinking about games:

Inevitability and irreversibility--either there’s a straight line plotted out for you by an artistic genius, or it isn’t art... [I]t's time to jettison “nonlinear” in favor of a range of more specific terms... Thinking past “nonlinearity” will help us to explore videogames without either overstating their novelty or foreclosing on their future.

Clark himself returned with a helpful follow-up essay for Kotaku that clarified his position on why he thinks so many games are “dumb”: “What I wrote came not from ignorance or contempt, but from frustration with the state of big-budget gaming.” He goes on to explain why he finds so many games excruciatingly unsophisticated:

My issue, then, is with what we might call the intellectual maturity level of mainstream games. It's not the design mechanics under the hood that I find almost excruciatingly sophomoric at this point; it's the elements of these games that bear on human emotion and intellectual sophistication, from narrative and dialogue right on down to their core thematic concepts.

Voices voicing
If you write a blog called “Brainy Gamer,” I guess you’re expected to jump into these debates with both feet, and I’m happy to do it. It’s a dialogue worth pursuing because spirited deliberation on the nature of games signals an art form continuing to expand its own definition of itself. I continue to see an industry (broadly defined) responding to voices within and outside its circle of creators, and that’s a good thing.

Obviously, not every voice rings with clarity, but if you’re looking for insightful writing about games, it’s never been easier to find. Check out yesterday’s edition of The Sunday Papers, Rock, Paper Shotgun’s weekly compilation of essays on games, and you will find 12 (twelve!) stellar articles devoted to games written in just the last week. Critical Distance continues to comb the web for thoughtful writing about games, and it never fails to promote terrific pieces on games from a variety of perspectives.

The video game difference
Search for recent conversations about journalism, and you’ll find endless hand-wringing essays about the death of print media, the difficulty of monetizing online journalism, etc. Perform similar searches for film, television, books, and you’ll find the same thing. It’s a transitional period, and big media continues to spin its wheels, mired in rights management and distribution issues. The arguments are mostly about money, and analytical coverage tends to focus on ownership, licensing, profitability, etc. What Disney the studio makes, for example, gets less critical scrutiny than how Disney the corporation is run.

Video games conversations aren’t like that. Sure, you can find plenty of coverage devoted to earnings, digital distribution, and corporate health (with Sony and Nintendo in the crosshairs lately), but the vibrant dialogue exchange in the video game space is mostly about the games. Diablo 3’s visual style matters a lot to lots of people. What precisely constitutes an “indie game” can get folks riled up.

Say what you will about the Mass Effect 3 ending controversy. From a political and sociological perspective (heck, let’s throw in rhetorical too), it was a fascinating picture of passionate and devoted content-consumers exerting influence and, more importantly, community ownership, on a powerful content-producer. Did BioWare surrender its artistic integrity? Do players have a right to demand an ending they find suitable? What does “game ending” even mean when applied to a branching narrative experience? These are genuinely interesting questions, and they’re typical of the questions that frame much of the broad and ongoing conversation about games. This, too, is a good thing.

It's good to ruminate
Lately I’ve noticed some writers leading off their essays on “games as art” or other ruminations on game aesthetics with something like “I know everybody’s sick of this topic by now, but…” That’s a shame. We should stop doing that. Yes, maybe we pounded the “Ebert hates games” nail for too long, and maybe we sometimes dig ratholes leading nowhere.

But Taylor Clark did us a favor when he decried “dumb games” because he sent us scrambling to prove him wrong and to define what makes certain games “smart.” When Tom Bissell wonders, as he did last week, “why so many look at this game [The Witcher 2] and see a pinnacle rather than a careworn template fast-receding” he drives Witcher 2 fans to their keyboards to articulate, with evidence from their own experiences, why he is wrong. I’m sure he knew this would happen, and that, too, is a good thing.

I wish we wrangled over the American Theater this way. That conversation occurs in cafes and at restaurant tables, but nowhere to the degree or depth that I see happen regularly about games. I can have a vigorous chat with my fellow academics at a theater conference, but, really, what’s the point of that? It’s an island we visit once a year, and then we all return home.

If Theater is high art in an echo chamber, and video games are low art in a cacophony, I’ll take the cacophony. The great video game conversation is happening 24/7 worldwide - rants, fanboys, and flamewars included. It's a wholesome cacophony and an irrepressible sign of life.