What can a professor teach a developer?

I promised I would cover some of the, shall we say, less glamorous sessions at GDC, and I'm glad I did. All were interesting, a few exceptionally so, and one in particular managed to get my blood boiling (more on that session soon).

Among the best was "Game Studies Download 4.0" a presentation featuring three luminaries from academia: Ian Bogost, Jane McGonigal, and Mia Consalvo. In the fourth edition of what has become an annual GDC talk, they sorted through hundreds of papers and journal articles to find the top ten "most surprising and relevant insights for game designers and developers."

As if to refute the notion that game studies research bears no relationship to game development, Bogost, McGonigal, and Consalvo focused solely on studies they believe can impact innovative game design today. Throughout the presentation, attendees were asked to email or text the names of current games they thought may benefit from a particular research project.

I won't try to describe all ten projects outlined in the session, but the complete presentation slides appear below. A big thank-you to Jane McGonigal for sharing them. I should also mention that each profiled study received only a snapshot treatment in the short time allotted. You can find a bibliography with citations to the full articles on the last slide.

Fear of failure: The many meanings of difficulty in video games
Jesper Juul, MIT
In this study, Juul asks "What is the role of failure in video games?" and he wonders if players actually prefer games that don't make them feel responsible for failing. Juul designed a game to provoke players' responses, and his testing - both online and offline with men and women players - revealed a "sweet spot" that can be calibrated by designers. Players show equal disdain for games they consider too hard or too easy. Those who experienced both success and failure enjoyed their experience the most. Juul believes players want to feel somewhat responsible for failure in a game. As an intentional design element, failure adds content by helping players recognize and appreciate subtleties in a game. Juul's takeaway question for designers:

Relating the pleasures of violent video game texts
Gareth Schott, University of Waikato, New Zealand
Schott studied 61 students in New Zealand, age 14-18, over a two-year period to better understand how players of violent games make sense of those experiences. He wondered if it's accurate or appropriate to categorize what happens in games as 'violence.' His study revealed that players consider their actions in such games to be more about self-preservation than malice or cruelty. Players report that agency and forward movement are the primary drivers of their gameplay experiences. Schott also found that war games provide the most preferable way of engaging with violence because it contextualizes the action in ways players find meaningful. His takeaway question for designers: "How might building in time for reflection change a player’s perception of a gameplay experience?"

Novices, Gamers, and Scholars: Exploring the Challenges of Teaching About Games
Jose Zagal, DePaul University, Amy Bruckman, Georgia Institute of Technology
This study resonates with me because it reinforces some of my own impressions about teaching games to undergraduates. Zagal and Bruckman believe that most students, despite being lifelong gamers, are unable to talk or write about games critically. They simply don't make the connection between their experience playing games and the possibility of scrutiny or careful analysis. In order to equip them, we must recontextualize games in ways that encourage such consideration. Activities such as journaling, examining games within a theoretical famework, or writing about the same game more than once can unlock this process for students. [Here's an assignment I use to address this problem]

Zagal and Bruckman say players may not have the tools they need to experience games critically, without assistance; but they also believe games rarely provide tools or invitations to grasp them beyond a surface level. Older games, such as those released by Infocom in the '80s, contained all sorts of additional materials that enhanced the experience of playing while also providing rich contextual information ripe for investigation. Zagal and Bruckman believe the industry benefits from people who can talk about how games matter. Their takeaway question: "How can you introduce players to the subject matter of your game to help them reflect on it effectively?"

As I mentioned, slides for all the research projects are included below, as well as the list of games attendees identified as potentially benefiting from one or more of the studies.

While it's true that The Path eschews many of gaming's common attributes, it seems dangerous to suggest it has no problems outside of its assessment as a game. Even taken in the broader context of more ambiguous categorizations - say, as an interactive experience - The Path has difficulty articulating any substantial meaning in an engaging way. 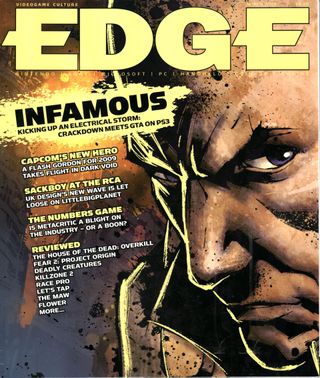 This assessment of The Path appeared in the March 2009 issue of Edge Magazine, which arrived on newsstands during the first week of February. I'm no expert on print media deadlines, but I assume this means the piece was written in early January or so. If you know more about such things, feel free to correct my timetable.

The Path was officially released on March 18, and, according to creators Auriea Harvey and Michaël Samyn, the game continued to be polished and improved until shortly before its launch.

I think Edge misses the point of the experience offered by The Path, but I'm not here to refute their assessment of the game. My concern is how this essay functions as a preview of an unfinished and unreleased game. The full-page piece appears in the "Hype" section devoted to game previews, but aside from placement it's difficult for me to see how it functions differently from a review. Nothing about the essay suggests the game is a work in progress; quite the contrary, actually. Aside from briefly mentioning Tale of Tales as "sanguine about potential review scores," the piece reads like a complete appraisal of the game with no apparent allowances for improvement or further development. Regardless of where it appears in the magazine, it functions as a review because it's written as such.

Even if the game we received is exactly the game Edge played, I'm not sure I understand the purpose of such a preview. Why not simply wait until the game is released to pass judgment on it? What is the function of an early, and in this case harsh, assessment? Is the developer meant to benefit from constructive criticism? If so, what purpose is served by publishing a negative early view for all to see when most of that audience will read the piece at roughly the same time the game appears? I understand timing published reviews to game releases, but what's the point of a preview appearing so close to the release of a game?

All of this raises the larger issue of game previews and their negative impact on journalism and the industry as a whole. I spoke to several freelance journalists at GDC who openly expressed relief at being free from the humiliation of appearing at publisher-organized preview events where reporters are prevented from even playing the games being shown. These freelance writers understand they're being asked to function as shills in a publicity machine, and they've opted out (when they can afford to). But they're aware that many of their colleagues don't enjoy such freedom. These poor souls must appear, sit through a hype-filled buzzword-mad presentation, and generate a preview story about that game. No one, it seems, likes it or thinks it's a good idea, but the practice continues.

Maybe it's time for publishers to handle their own publicity. With the wide reach of social networks and the rich content that specialized websites can deliver, why should media outlets continue to generate repackaged streams of pre-release fodder? I think I know the reason (it sells), but I wonder if a hard look at the practice of previews might actually reveal they do none of us much good; not journalists, not players, not developers, and maybe not even publishers.